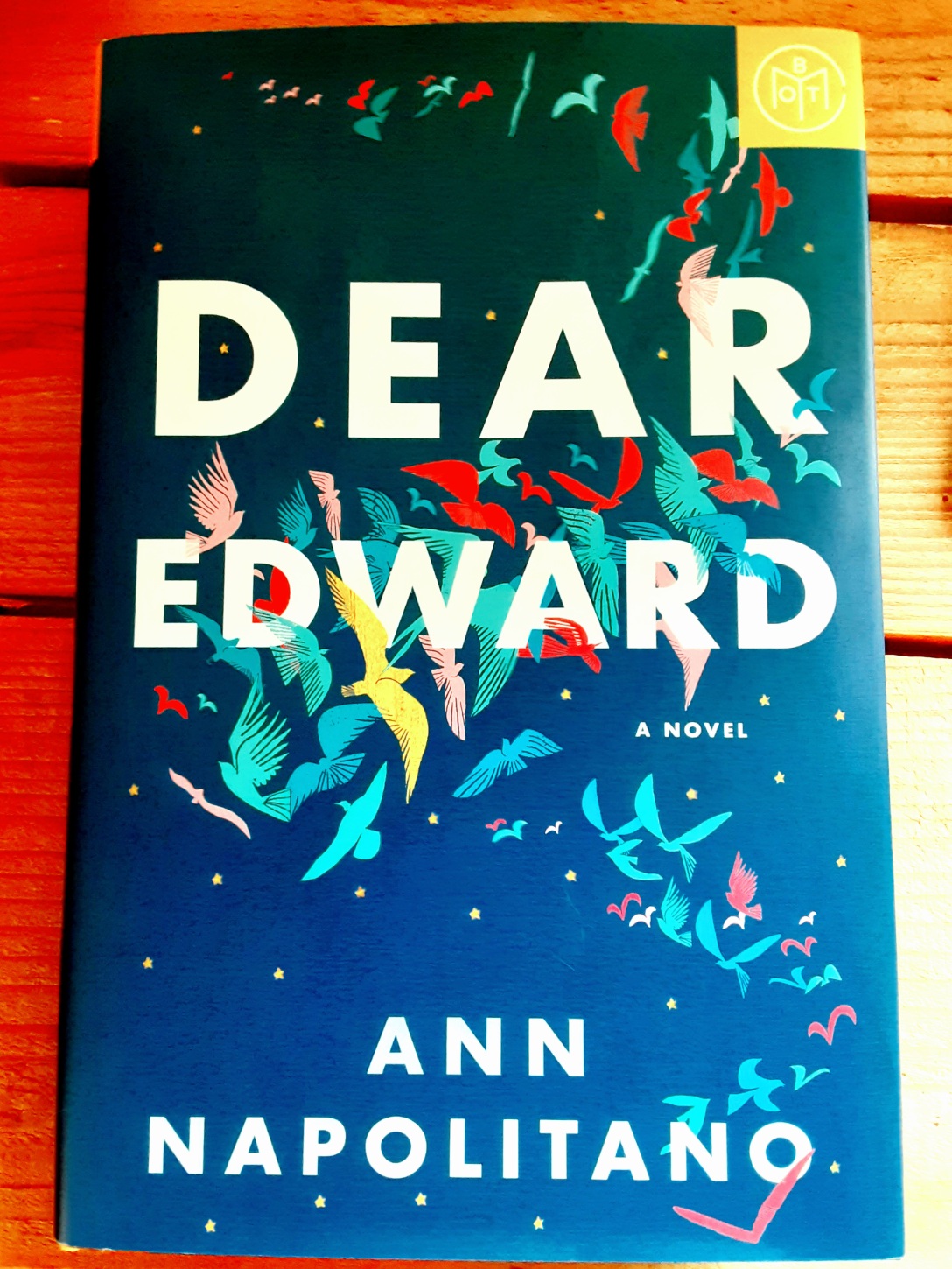 “Dear Edward” was somewhat of an unusual Book of the Month choice for me, mostly because its premise isn’t the happiest. While I don’t go out of my way to choose “cheery” books, I rarely select ones I know are going to be heavily based on tragic themes (simply because my emotions are so fragile).

So what is Ann Napolitano‘s book about? The story focuses on Edward Adler, a 12-year-old kid who’s the sole survivor of a plane crash that kills not only his mother, father, and older brother, but 183 other passengers (plus the plane’s crew). Despite the main plot point being a national tragedy, I chose to read the book because I was curious how the author would develop Edward’s story.

Luckily, not many of us will ever have to personally find out those answers. However, the book did trigger a Google search on my part about sole survivors. When publicly discussing the book, Napolitano mentioned she was inspired by the true story of a young boy who survived an Afriqiyah Airways crash in 2010. There have been other instances of similar situations as well, so the book’s concept isn’t quite as far-fetched as you might think.

Like the real-life story, the fictional Edward (known as “Eddie” before the plane crash), lives with his aunt and uncle after his immediate family dies. “Dear Edward” is an otherwise fictional account, describing Edward’s own struggle to find a sense of normalcy in the aftermath of tragedy.

Rather unexpectedly, the most compelling parts of the story don’t focus on the crash itself. In fact, Napolitano leaves the actual moment of the crash (mostly) out. Instead, she focuses on the hours before the plane goes down. As she switches chapters, she alternates between the plane ride and Edward’s post-crash life.

Overall, this structure works well for tying the story together, although I did find it hard to keep all the passengers and their backstories straight. While each of their stories were interesting, it seemed like each time they were brought up again, I had forgotten their name and had to look back to remember who was who.

The strongest sections of the book are the ones that capture Edward’s alienation from the surrounding world. He is living a lonely life, haunted by an ordeal only a handful of people have experienced. This emotional isolation contrasts with the world’s reception of the tragedy. Viewed as a miracle child, Edward finds himself constantly in the public eye. Strangers even visit his school, hoping to catch a glimpse of the “chosen” one. It seems like the more famous he becomes, the lonelier he feels.

Edward’s one friend is Shay, a neighbor his age that shies away from social expectations. She compares Edward’s tragedy to that of Harry Potter and is one of the only people he can confide in. Shay’s character strikes me as especially believable, trying to support her friend while struggling to keep him aware of his place in the present world. In a way, she embodies the outside world crossing into Edward’s small, inner circle of trusted people.

“Dear Edward” makes for a good read if emotionally heavy themes don’t bother you. the story is also a fitting choice for people who enjoy reading a book that includes multiple characters’ viewpoints.

I rate the book an overall 3 out of 5 crows.

Have you read “Dear Edward”? Do you have recommendations for other books by Ann Napolitano? Leave your thoughts in the comments section!