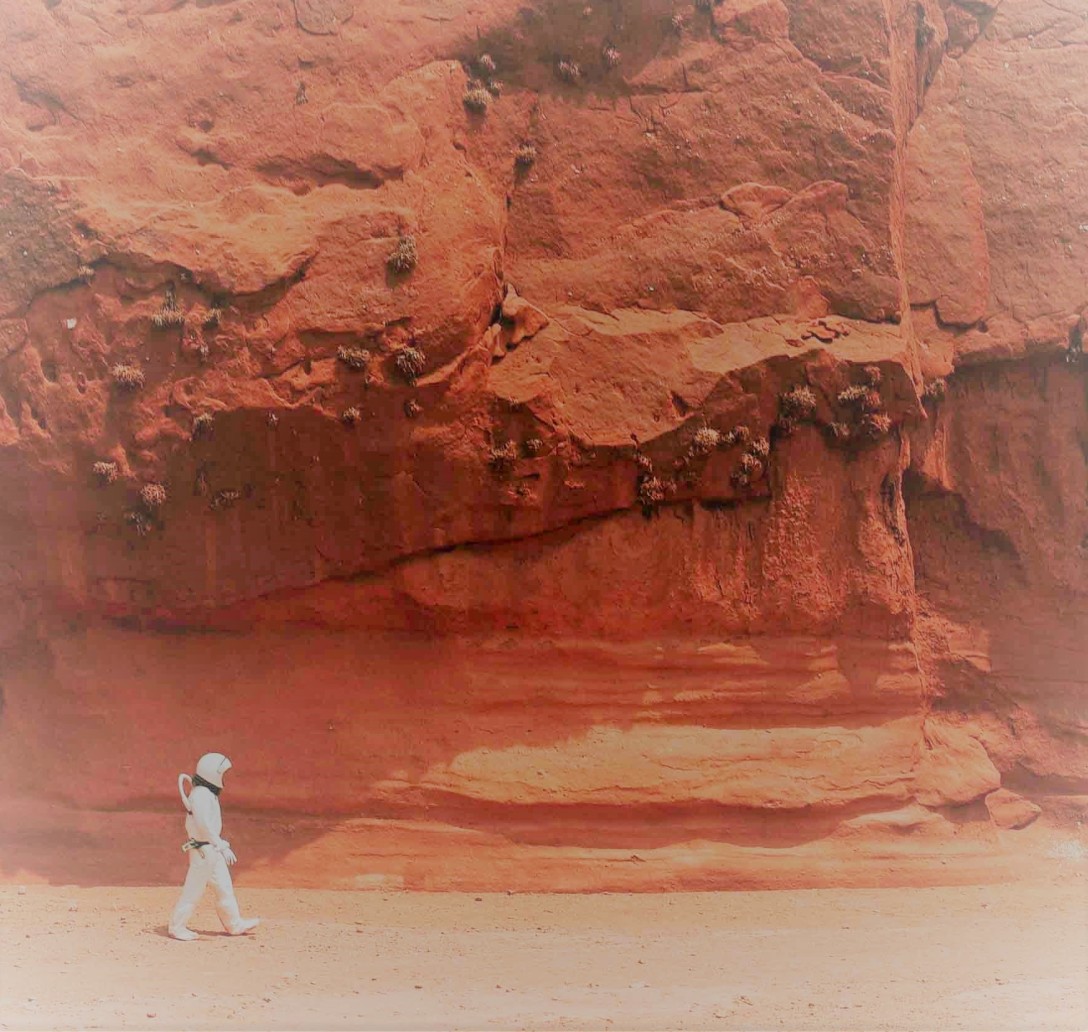 This post was written as part of a 30-day flash fiction challenge created by Eva Deverell. Here is the full link for her flash fiction prompts.

It was morning when she noticed the first beam of light. Just a single, thin green ray that flashed across the horizon, a hue barely distinguishable from the blue haze of sunrise. For a moment, she wasn’t sure she’d even seen it. She’d been bent over, turning the soil for the potatoes, only catching a glimpse of the maybe-light out of the corner of her eye.

Her age had started catching up with her recently, too, and her eyes weren’t as good as they used to be. She couldn’t be sure of anything she saw these days.

Still, she paused, waiting for the light to reappear.

There it was again, accompanied by a second beam. Yes, she was sure of what she was seeing. She sighed and stabbed the shovel deep into the dust. It stood up straight, like a flag pole among the crops. So the time had finally come, after all these years.

She watched the twin lights bounce off the uneven surface of the volcanoes in the distance, revealing crevices and rocks that no one besides her had seen for decades. Every detail of the landscape that the lights revealed made her flinch. She felt her existence exposed further and more thoroughly with each sweep of the beams.

The lights seemed brutish, pushing their way closer to the valley, eager to slice the land into piece after piece. Ready to seize and consume the valley she called home, the same valley her family had called home generations before her. That seed of anger that had been growing in her chest since the Land Acquisitions blossomed into rage.

She saw the fingers of light reach forward, towards her house, ready to grab everything they could. She knew “They” were waiting breathlessly to carve out these bits of land once again. Them – the powerful ones – who greedily devoured whatever land fell in their path. Surely these ones went by a different name, but their intent would be just the same.

What did they plan to do with this forgotten corner of Mars? she wondered, barely suppressing a bitter laugh.

All the prime land holdings within a thousand kilometers had been snatched up long ago during the Acquisitions, when the Stalcons gouged every gram of copper and iron they possibly could from deep within the Martian terrain. Not before sending out scantily-paid test groups to terraform the land, of course, which is how her family had arrived all those years ago.

Those test families had been deceived into using their labor to profit the Stalcons and were then forced to abandon their homes, when the leaders “coincidentally” discovered a wealth of ore beneath the land. Those few families who refused to leave had paid a heavy price.

The woman often wondered if that’s why the skies turned red in the day time on Mars. All the bloody memories of the past came rushing out of the night at once, every day a reminder of the intergalactic greed so prevalent in the universe around her.

These new surveyors were getting closer. It’d only be a matter of minutes before their beams hit her fortipod’s exterior and discovered that she remained. A rush of adrenaline led her back inside her home, into the kitchen where the breakfast dishes were still on the table. She pulled a chair over to the cabinets and stood on it, running her hand along the top of the cabinets until she found the box.

Opening the box, she saw it was still in there. The shining, freeze-blade she’d kept tucked away since the last time. This time wouldn’t end the same way. She slipped the freeze-blade into her skirt pocket.

“You just come on ahead,” she said, her words unheard past the home’s walls. “I’ll show you my plans for this land.”